What is IBM Rational Performance Tester?

This is done by keeping in mind several factors. These include the time taken by the server to process a relatively large transaction and to respond. If any errors are found in the application, IBM Rational Performance Tester recognizes and reports these. If, for instance, the server takes too long to respond, this is registered as a bottleneck and is immediately communicated to the application developer.

It is, therefore, a useful tool that can be used to ensure the effective performance of an automated application or other software. It also ensures that if any errors exist, they are reported and tended to immediately. 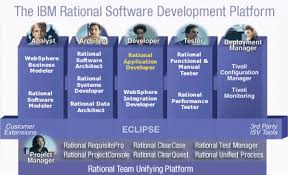 What is the procedure of performance test creation?

The IBM Rational Performance Tester follows a number of tests while validating the performance of an application. These are to make sure that every part of the application is examined and every minor error is covered. The general procedure is as follows:

This is the first step in the process. As the title suggests, it involves creating certain tests using the Rational Performance Tester. The latter uses a certain recording mechanism. The purpose of this is to capture and record all the communication that takes place between the server and the client/application user. The recorder collects all of this data and presents it in a tree, individually presenting every request made by the client and the response given by the server. These requests and responses are represented as branches and are saved for further mimicry and testing.

Test editing is conducting by making use of the branches of the tree that represent requests and responses. For beginning the editing, the user can select a number of options from the available menu. These options include inserting loops, verifying decision structures and analyzing responses. While the tests are not represented in the form of a code, a user can convert this data into the coding procedure, if needed, For instance, is a coding solution is required, Java code modules can be inserted and used in order to represent the same information in the form of intricate codes and computations.

Once the required data is present in the desired format, automatic editing can be conducted using the Rational Performance Tester. The tester automatically sorts out all the collected information into categories. The test data and test actions, for instance, are separated. Test data includes the input by the user that was typed during the testing process was recording the actions, including usernames and passwords. Such data is stored and presented in a spreadsheet, like data pool.

This increases the convenience of the process, making sure that when the recorded data is played, testing occurs systematically and moves from row to row. This makes sure that every user uses a unique set of data and problems like repetition, are eliminated. For example, when the IDs and passwords are stored for every user, the system automatically rejects requests where another user attempts to register or login with the same username.

Apart from the sorting out of the recorded data, the editing process involves correlation. This is a process that makes sure that all test actions are properly linked and the process continues smoothly. In a performance test, for example, a certain value is devised at a certain step and is used during another step that occurs later. This is where the Rational Performance Tester comes in. When such a value is created, the Tester stores it and provides it to the system at a later step when the value is needed or demanded. The purpose of this is to make sure that there will be no issues when the tests are replayed in dynamic environments.

While the Rational Performance Tester can create and perform individual tests at a time, it also has the ability to save tests and to schedule the. This way, they will playback automatically according to the scheduled time. Scheduling tests is a rather easy process and all the user needs to do is to drag and drop tests in the schedule according to a certain sequence. If needed, these tests may also be grouped according to the similarities in their properties or their functions. The schedule can also be set in a way t have intervals with an increased volume of transactions. This will ensure that the errors, or bottlenecks, are identified effectively under a heavier load.

This is the stage where the Rational Performance Tester reports the issues – or bottlenecks – that are indentified through the earlier stages in the process. While the general procedure is to report the presence of issues and the possible causes of these, these reports can be received in a variety of formats. Rational Performance Tester offers, for instance, accuracy reports.

These are focused on the accuracy of the operations according to expectations and ensure that there was no system crash during the test. These are, therefore, reports that present the efficiency of the software of a certain system. Diversely, there are performance reports that focus on other metrics.

Instead of accuracy, these tend to analyze other factors like CPU utilizations and networking so as to identify the issues in the hardware instead of the software. Other individual repots may also be selected to measure parts like the time the server takes to respond and the load that it can handle at its maximum efficiency. These issues, once reported, can be taken into account and can be worked on manually by the application developers.